In week 1 we explored more about what a computer is and what it does.  We cleared up some misconceptions that although the computer speaks in ones and zeros when we discuss computer or programming languages we don’t necessarily mean binary.  The vocabulary terms compiler, pseudocode, loop, and condition were introduced.  Adding to the previous terms algorithm, computer, compute, and binary. A different student each week is assigned to define the vocabulary terms and include a pictorial representation of the term. They must submit these in a format that I can display on a word wall aka Tech Terms.

On Monday we discussed operating systems and system requirements for software we download and/or install. http://www.gcflearnfree.org/computers/computerbasics/2

On Tuesday we began discussing algorithms after a brief discussion on computing.  I asked where they heard the word algorithm before and how it was used.  A student rattled off the quadratic formula and said that is an algorithm.  When I asked what it was used for…crickets.  Students knew what the formula was called, knew they were supposed to memorize it but not one student could share when they would use it. I asked them to think about why they don't know when to use it for or what reason.

A student submitted Mario as a Tech Timeline addition from the week before so this was an opportunity to discuss Mario.  A tease.  I brought up the picture and asked are all of Mario’s pyramids the same height?  How could we write an equation to build a pyramid 8 high?  It began a discussion that I said, we would come back to, but had them thinking.  Note: the high school students know Mario and were excited to discuss Mario.  The thought they may get to play Mario in class has them eager for this discussion to come back up. ;-) 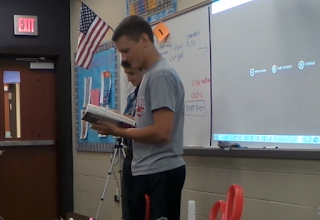 Instead of me ripping the phone book I asked two volunteers to race to find Mike Smith in the phone book this was awesome because one student was looking in the M’s.  I handed out water bottles as their participation prize and then walked through the process of looking for names in the phonebook and whether the name was in the Ms or Ss we were expecting them to be sorted.  We also discussed that as humans we determined we found Mike Smith upon finding Michael Smith but would a computer be able to make that distinction?


We left class after the 3rd discussion…what if we turned 2 pages at a time? It was twice as fast as one page but we could miss the page we were looking for which literally happened for me as I was talking. 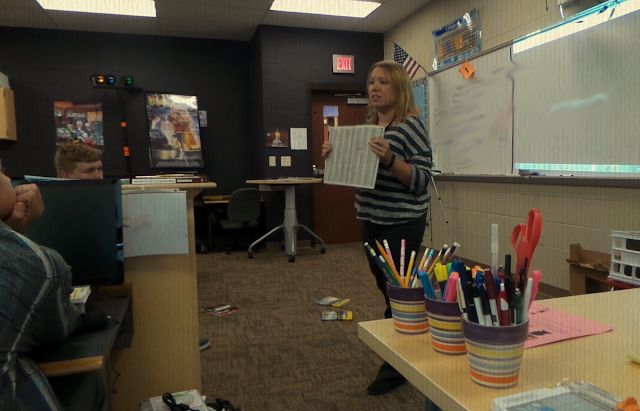 On Wednesday, we had peanut butter jelly time 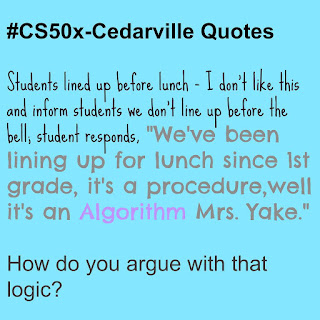 Thursday we began downloading VMware Workstation to install the appliance, we discussed being able to install software, reading the prompts, understanding where our software is installing.  We normally would not have students install software on lab computers but I recognized a value in them going through the process just in case they wanted to install at home.  I placed the link in our LMS to make it easy.

While the appliance downloaded we walked through the Algorithm lesson written by David J. Malan on TedEd.  What I liked about the lesson was having questions to check for understanding.  I added the lesson to my lessons and tweeked it a little and took a little out but now can see myself creating my own lessons on TedEd on related topics.

Friday, because we had issues with the VMware Workstation download we downloaded Virtual Box and that vbox version of the appliance.